To share your memory on the wall of William Simonds, sign in using one of the following options:

To send flowers to the family or plant a tree in memory of William Perry "Bill" Simonds, please visit our Heartfelt Sympathies Store.

Receive notifications about information and event scheduling for William

Donations are being accepted for: APET SPCA (ANIMAL PRESERVATION OF EAST TEXAS).

We encourage you to share your most beloved memories of William here, so that the family and other loved ones can always see it. You can upload cherished photographs, or share your favorite stories, and can even comment on those shared by others.

Your family: Allpoints Surveying sent flowers to the family of William Perry "Bill" Simonds.
Show you care by sending flowers

Posted Feb 26, 2020 at 05:51pm
My memories of Daddy Bill are so precious. I met him when we moved to Houston when I was just 9 years old. His daughter Ruth Ann I became best friends. Perry has always been like a brother to me. He and Lou had me over many times for dinner and ice cream after school. I loved watching him work on his cars, and riding in the Corvette. He was an upstanding man with morals and principles. A rarity these days. My heart goes out to all of you. Till you meet again. Much love, Jennie McLeod
Comment Share
Share via:
YS

Posted Feb 24, 2020 at 09:57am
Stephen: Those we love don't go away, They walk beside us every day. Unseen, unheard, but always near, Still loved, still missed and forever dear. 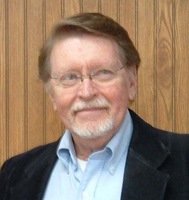