To share your memory on the wall of Warren Froscheiser, sign in using one of the following options:

Warren was born in Lincoln, Nebraska to Reinholdt and Bertha (Brehm) Froscheiser. Warren grew up in Nebraska and enjoyed Midwest living. He spent his younger years delivering newspapers, mowing yards and spending the summers at his family’s river cabin. He was a lifelong (primarily bass) fisherman owning property on water most of his life. Warren took many trips with friends and family to Canada, Lake Powell, and anywhere the fish would bite. We can still hear him saying his favorite line “drove further, spent more, caught less”, because his outings were always more about the comradery than catching fish.
Warren truly loved his family and enjoyed life. His children, Jason (Jay) and Julie, are blessed with many great memories of lake time with Dad. From cabins at Linoma Beach and Lake Wakonda to Eureka Springs vacations to the lake home at Villa Springs, Warren knew how to entertain people. He loved to tell stories and jokes and kept everyone on their toes wondering what he would say next. Warren married his soul mate, Bobbie, in Springfield, NE and shortly after started their new life in Holly Lake Ranch, Texas.
Warren worked hard and played harder after graduating from Benson High School in Omaha, NE. He served his Country on the USS Caliente in the Navy before returning to civilian life and perfecting his sales skills selling microfilm machines at Bell & Howell and 3M in Chicago, IL and St. Louis, MO. He became a strong leader as a regional and division manager at Valmont Industries before taking the helm as Executive VP at the Omaha industrial pipe, valve and fittings company, Scoco Supply. It is there that he formed lifelong friendships as he mentored staff and built partnerships throughout the US. He finished his career with many of his loyal SCOCO colleagues following him to help start the Omaha branch of Industrial Pipe Supply. Warren ultimately retired to a life of golf, fishing and relaxation with wife Bobbie at Holly Lake Ranch, TX.
In retirement, Warren and Bobbie found paradise at their home on the ranch, on the golf course, at the lake, at church and in their travels. Time didn’t matter, so he left his power tools back in Omaha and slowed down to the “pace of Texas”. He became a frugal DIY’er, griping about the price of everything, while inventing a “nearly” squirrel-proof bird feeder that would entertain him while sitting on the back patio. Warren quickly adapted to BYO booze at restaurants and drive-in liquor stores where they knew him by name. With Bobbie, he would often take golf cart rides to catch catfish for dinner, then cook them up with his special beer batter. Warren was celebrated as the first male member and the 2014 King of Taking Off Pounds Sensibly (TOPS). In their travels, they toured his favorite brewery in Shiner, Tx, visited area casinos, and frequented various nature and animal preserves.

He left this world on his own terms, happy knowing he lived his best life.

Warren is survived by wife, Bobbie McGee, his daughter, Julie (Chris) Gall; son, Jay (Angelia) Froscheiser; grandchildren Ashley, Tyler, Noah, and Anna; great grandchildren Keyley and Kayden. He is survived by stepsons Jeremiah Wheeler and Dwaine (Victoria) Voboril of Lincoln and step-grandson, Zachary. He is also survived by his nieces, nephew and their children. Warren was preceded in death by his parents, Reinholdt and Bertha (Brehm) Froscheiser and sister, Joyce (Froscheiser) Linn.

To send flowers to the family or plant a tree in memory of Warren Dale Froscheiser, please visit our Heartfelt Sympathies Store.

Receive notifications about information and event scheduling for Warren

There are no events scheduled. You can still show your support by sending flowers directly to the family, or planting a memorial tree in memory of Warren Dale Froscheiser.
Visit the Heartfelt Sympathies Store

We encourage you to share your most beloved memories of Warren here, so that the family and other loved ones can always see it. You can upload cherished photographs, or share your favorite stories, and can even comment on those shared by others.

Posted Mar 08, 2021 at 02:33pm
Sorry for your loss, Warren was a valued member of the Veteran Community in Hawkins & Holly Lake Ranch.

Flowers were purchased for the family of Warren Froscheiser. Send Flowers 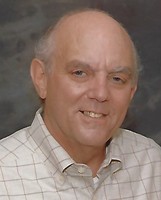