To share your memory on the wall of Robert Willis, sign in using one of the following options:

He was raised by his parents with his three brothers on a farm in Winnsboro, Texas and graduated from Winnsboro High School in 1948. He served in the U.S. Army (during the Korean conflict) and the U.S. Maritime Service (USMS) in the Merchant Marines where he was trained to be a baker.

During his life he lived mostly in the Garland, Seagoville, and Lucas areas. He at one time had a television repair shop in the 1960s on Gaston Avenue in Dallas. He worked for Rockwell International for over 30 years as an expeditor, and retired in his 60s.

Uncle Bob was a real legend in his own time, as a founding member of the Autumn Trails Antique Car weekend the 4th Saturday of each October with his good friend, J.C. Vaugn when they took their two Model As for an impromptu tour around downtown Winnsboro in 1963, honking their Aoogah horns and waving at everyone. The 57 year tradition is a featured fall favorite of many locals and folks around Texas near and far.

In lieu of flowers, please make donations to the Winnsboro Community Resource Center, 115 West Broadway, Winnsboro, TX 75494, where Uncle Bob volunteered for many years for the local food pantry.

To send flowers to the family or plant a tree in memory of Robert Joseph "Uncle Bob" Willis, please visit our Heartfelt Sympathies Store.

Receive notifications about information and event scheduling for Robert

We encourage you to share your most beloved memories of Robert here, so that the family and other loved ones can always see it. You can upload cherished photographs, or share your favorite stories, and can even comment on those shared by others.

Posted Jul 06, 2020 at 12:03pm
The most carefree, loving, nonjudgmental person I have ever had the pleasure of knowing. My deepest sympathy on your loss but Uncle Bob has been blessed by the most highest! Thank you Uncle Bob for the memories! Say “Goodnight Gracie”.
Comment Share
Share via:
DL

Posted Jul 03, 2020 at 06:33pm
Thoughts and prayers to the Willis family. May your memories carry you through the days ahead. God bless! 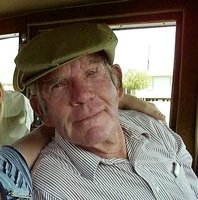 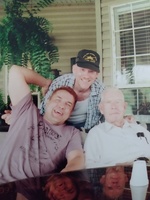 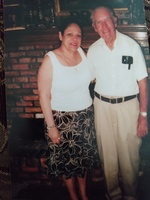