To share your memory on the wall of Charles Brewer, sign in using one of the following options:

To send flowers to the family or plant a tree in memory of Charles Brewer, please visit our Heartfelt Sympathies Store.

Receive notifications about information and event scheduling for Charles Brewer

We encourage you to share your most beloved memories of Charles Brewer here, so that the family and other loved ones can always see it. You can upload cherished photographs, or share your favorite stories, and can even comment on those shared by others.

Nancy L. Smith, Debbie & Marty Graves, and other have sent flowers to the family of Charles Brewer.
Show you care by sending flowers

Posted Dec 14, 2020 at 10:28pm
With deepest sympathy, sending love and prayers for you all. Love, Bob and Nancy Smith

Posted Dec 14, 2020 at 09:58pm
Precious Brewer Family,
Our hearts are breaking over this loss. So many memories of your Dad. We were neighbors growing up and close friends with Laurie and Shannon. We are praying for you during this difficult time.

Posted Dec 14, 2020 at 04:12pm
Our deepest sympathies for the family of Charles. He was a beloved cousin and a dear man.

Posted Dec 14, 2020 at 04:07pm
Rest In Peace Charlie Brown. You will he dearly missed by so many. Love, Cub and Sandy Culbertson

Flowers were purchased for the family of Charles Brewer. Send Flowers

Posted Dec 14, 2020 at 03:40pm
Loving thoughts are with you in your time of sorrow. We are praying for Gods peace to give your strength. With heartfelt sympathy,

Flowers were purchased for the family of Charles Brewer. Send Flowers 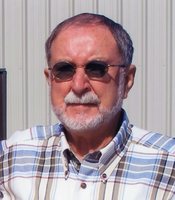