To share your memory on the wall of Maxie Dickey, sign in using one of the following options:

Print
Maxie Kenneth Dickey (Kenneth), just shy of his 96th birthday, passed from this life into the arms of his Savior on June 22, 2020 at Trinity Mother Frances Hospital in Winnsboro, Texas.

He packed a thousand lifetimes into those nine dec... Read More
Maxie Kenneth Dickey (Kenneth), just shy of his 96th birthday, passed from this life into the arms of his Savior on June 22, 2020 at Trinity Mother Frances Hospital in Winnsboro, Texas.

He packed a thousand lifetimes into those nine decades with a clear vision of what was important in life.
He was born at home in Wood County, Texas to Hobson D. and Maudie Josephine Brock Dickey on June 27, 1924. Kenneth grew up in and around Winnsboro, which is where he met his future wife, the daughter of family friends, by the time he was 9. Although it was much later when he got around to proposing, they stayed in touch over the years and wrote letters to each other while he was away serving in the Army Air Corp. They were married on January 28, 1946 by the Rev. Jake Norris before Kenneth was sent overseas to the Marshall Islands. When he left the service, the couple moved to Nash, Texas, where they lived when their 3 children were born.

In 1955, he accepted a job with Collins Radio Company in Richardson, Texas, relocated his family to the Dallas area and remained there until he retired in 1981. He and Louise moved back home to Winnsboro to live on the land that had been in his family since the early 1900s. They were both long-time members of Walnut Street Baptist Church. Kenneth also served as Grand Master of the Masonic Lodge.
He loved his family and enjoyed nothing more than to be surrounded by them, often with several of the youngest piling on his lap. He spent his work vacations with his wife and three children, camping and trekking through National Parks, historic sites, caves, mountains, oceans, rivers and valleys, often sleeping in the back of the family station wagon; and later camping out and fishing or skiing on some of the most beautiful lakes our country has to offer. He knew how to play and taught his children to love adventure.
He also taught them the value of a good day’s work. He was often heard telling his kids they could rest when the job was done and that it wasn’t done until it was finished. He taught useful skills such as how to remove rusty nails from old boards (before you stepped on them!) and mortar from bricks, how to hang tar paper on a windy day, or how to actually get most of the paint on the house. The list goes on and on.
The most valuable thing Kenneth taught his children and grandchildren was the importance of having a personal relationship with God. He actively served in several leadership roles in the churches of which he was a member and continued to attend even when he was no longer physically able to serve. He led by example, not just by teaching.

He leaves a legacy of godliness, hard work and a fierce love of family. He will be missed.
Kenneth was preceded in death by his wife of 74 years, Ruby Louise Murphy Dickey; a son Kenneth Dale Dickey; his parents; and siblings Audrey Dickey, Billy Dickey, Betty Capps, and Rudolph Dickey. He is survived by a brother, Holland Dickey of Carthage, Texas; daughters Linda Moore of Winnsboro and Brenda Toon of Richardson, Texas; eight grandchildren, 15 great-grandchildren and numerous nieces and nephews.
Read Less

To send flowers to the family or plant a tree in memory of Maxie Kenneth Dickey, please visit our Heartfelt Sympathies Store.

Receive notifications about information and event scheduling for Maxie

We encourage you to share your most beloved memories of Maxie here, so that the family and other loved ones can always see it. You can upload cherished photographs, or share your favorite stories, and can even comment on those shared by others.

Debbie Dickey Brown and family, Terry & Peggy Morrison and Neal & Carolyn Gregory, and other have sent flowers to the family of Maxie Kenneth Dickey.
Show you care by sending flowers

Posted Jun 23, 2020 at 08:41pm
God bless the Dickey family in the passing of your Mom in April and now your Dad in June. That's a lot to deal with. You have my prayers. I loved Brother Kenneth and Ms Louise. They were such a sweet couple and I always knew they prayed for me as I did for them. You can take comfort knowing there has been a great reunion in heaven. So thankful to have been able to call them my friends. Sending my love to you all,
BroJames Schafer
Comment Share
Share via:
LS 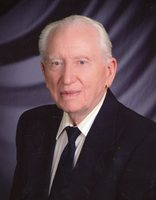