To share your memory on the wall of Mary E. Swann, sign in using one of the following options:

Provide comfort for the family by sending flowers or planting a tree in memory of Mary E. Swann

Provide comfort for the family by sending flowers or planting a tree in memory of Mary E. Swann

To send flowers to the family or plant a tree in memory of Mary E. Swann, please visit our Heartfelt Sympathies Store.

We encourage you to share your most beloved memories of Mary E. Swann here, so that the family and other loved ones can always see it. You can upload cherished photographs, or share your favorite stories, and can even comment on those shared by others.

Terry & Kim Wynne, Tye, Elizabeth, Samantha and Ari, and other have sent flowers to the family of Mary E. Swann.
Show you care by sending flowers

3 trees were planted in the memory of Mary E. Swann

Posted Feb 13, 2021 at 01:22pm
My sincere condolences to Dorman and the entire Swann family on the sad news of Mary Swann passing. There has been many great memories throughout the years of knowing Dorman and Mary that will always be close to me and will cherish those memories forever. You will be missed. May you rest in peace.
Comment Share
Share via:
HS

Posted Feb 13, 2021 at 01:51am
To the entire Swann family - My heartfelt condolences go out to you during this very difficult time. All the best to you.

Flowers were purchased and a memorial tree planted for the family of Mary E. Swann. Send Flowers

Posted Feb 12, 2021 at 12:52pm
In loving remembrance of my precious aunt. I will always be thankful for your love and encouragement after my Mom joined my Daddy in heaven. You were always faithful. Sending prayers and love to Uncle Dorman and the family. Elaine(Laney), Larry & family
Comment Share
Share via: 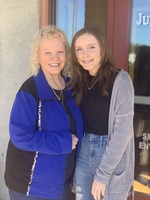 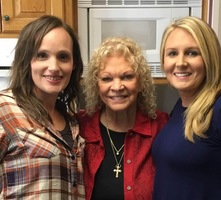 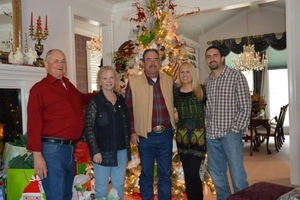