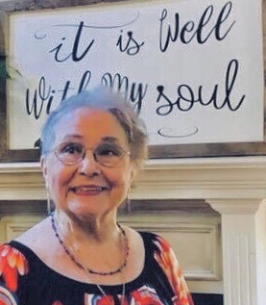 Later, she and her family moved to Virginia after her father accepted a position within the administration of Franklin Delano Roosevelt. And later, they moved to Dallas, Texas where her father continued to work for the United States Government and her mother worked for TEXAS Instruments.

Louise graduated from Bryan Adams High school in 1956. She completed the first two years of her secondary education at Kilgore College where she was known as the “Littlest Rangerette” of the Kilgore Rangerettes and danced under the direction of the legendary Gussy Nell Davis.

Following her graduation from Kilgore College, Louise attended Southern Methodist University in Dallas and obtained her Bachelors Degree in Elementary Education in 1960 and taught school for DISD until 1973.

She is survived by Randy Beard, her beloved husband of 61 years, as well as her daughter, Laurie Zieber, son, Jacob Beard, son in law, Dan Zieber, Grandsons Keith Zieber and Randy Zieber and his wife Katie Zieber and great grandchildren Bella, Austyn and Dallas.