To share your memory on the wall of Joyce Johnson, sign in using one of the following options:

Royce was enlisted in the US Navy, and they moved to Ventura, California. She lived in San Angelo, TX, Mineola, TX, Farmington, NM, Higgins, TX, Pampa, TX, Follett, TX, Amarillo, TX. They made their residence in Winnsboro, TX in 1987. While in San Angelo, Joyce attended the Texas College of Cosmetology. While in Higgins, she started as a bank teller and was promoted to Head Cashier where she was employed at First National Bank for eighteen years. They made their residence in Winnsboro, TX in 1987. When they moved back to the “farm”, they were fortunate to be close to family members like Royce’s brother, Jerry, and Joyce’s niece & husband, Tammy & Jerry Williams.

Joyce was Royce’s rock and their love transcended all. For over 72 years they shared a bond that is rare in today’s world. Their marriage was timeless, and they were completely dedicated to each other. With a joy only a mother knows, she took an active role in all of their children’s lives while she baked and cooked and transported and ministered and supported in every way.

Joyce was preceded in death by her parents, Eule & Bessie Caldwell, her brother, Wayne Caldwell and sister, Bobby Key, and granddaughter Jenna.

In lieu of flowers, memorial contributions can be made to Texas Baptist Home for Children, P. O. Box 309, Waxahachie, TX 75168. The family would like to extend a special thank you to the staff, that we call our “family circle” at Autumn Winds Assisted Living, Winnsboro, TX. Arrangements are under the direction of Beaty Funeral Home of Winnsboro, TX.

To send flowers to the family or plant a tree in memory of Joyce L. "Mim" Johnson (Caldwell), please visit our Heartfelt Sympathies Store.

Receive notifications about information and event scheduling for Joyce

We encourage you to share your most beloved memories of Joyce here, so that the family and other loved ones can always see it. You can upload cherished photographs, or share your favorite stories, and can even comment on those shared by others.

Mike & Regina, The Horts, Maxine, Curt, Clay, and Missy, and other have sent flowers to the family of Joyce L. "Mim" Johnson (Caldwell).
Show you care by sending flowers 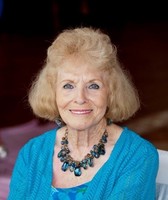 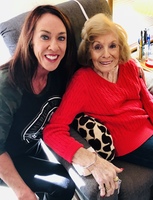 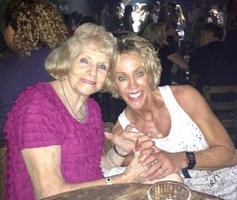