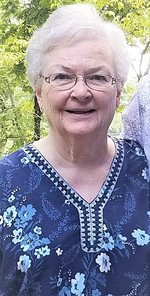 Private services will be held in Scroggins, Texas on March 27 for Helen Margaret Martin Jungemann Schmeling, 79, who passed away on Friday, January 22, 2021 at her home in Scroggins following a six-month battle with cancer.

She was born 13 days after Pearl Harbor Day on December 20, 1941, in Aurora, Illinois. Her parents were Albert Gould Martin, M.D. and Ruth Baker Martin. Helen was the oldest of four siblings, including Ruth Ann Martin, Thomas Willard Martin, and Emily Lee Martin.

From the time she was nine years old until she married, Helen spent her summers at Minne-Wonka Lodge, an eight-week camp for girls on Little Fork Lake in Three Lakes, Wisconsin. Her sisters Ruth Ann and Emily also shared those delightful and formative experiences.

With a degree in elementary education, Helen moved to Kemah, Texas to teach fourth grade. While living in the Houston area, Helen met Roger A. Jungemann, an electrical engineer working for Ford-Philco at NASA. Helen and Roger married on December 28, 1965.

In 1975, Helen began teaching science part time at Calvary Lutheran School. She was a favorite teacher for many years until her retirement in 1985. One year later, she returned to Calvary to teach kindergarten for another 20 years.

After retiring in 2006, Helen and Roger moved to the home they built on Lake Cypress Springs in Scroggins, Texas. They joined Grace Lutheran Church in Scroggins. In addition to volunteering at church and in the El Dorado Property Owners Association, Helen volunteered at the Christus/Mother Frances Hospital in Winnsboro, Texas. She was also employed to teach parenting classes at the North Texas Child Advocacy Center.

Roger Jungemann passed away after 50 years of marriage. Helen married her long-time friend and colleague Daniel Schmeling on June 27, 2017.

Helen was loved and respected by all who knew her. She was preceded in death by her parents and her brother, Tom Martin. She leaves behind hundreds of well-taught students and well-loved friends and family. These include her husband, Dan; Leslie Jungemann (Thomas Moran); Amy Jungemann Hidajat (Arif); grandchildren Erin Marie Moran and Andrew Thomas Moran; sisters Ruth Ann Martin and Emily Martin. Many more nieces and nephews also cherish their memories of Helen.