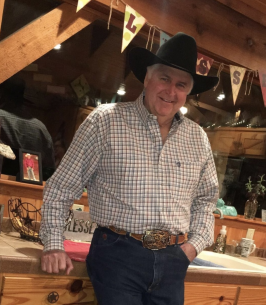 Harrison Lee Darby, 78 of Coke, passed away peacefully surrounded by his family at his home on Sunday, September 11, 2022. Harry was born on May 11, 1944 to Check and Bernice Darby in Coke. After graduating from Winnsboro High School, he went on to Tyler Junior College where he earned an Associates degree in Arts. From there he went to Sam Houston State University where he earned a Bachelors of Science and Masters of Education. While at Sam Houston State, Harry was a member of the rodeo team. In 1963, Harry married his high school sweetheart, Shirley Love. Harry and Shirley were married for 58 years and had four children, Cody, Brandi, Misti, and Shiloh.

Harry was a member of Rock Hill Baptist Church where he served as a deacon and Sunday school teacher. Harry began his career teaching agriculture in Wylie for four years, then moved back home to Coke and taught four years in Quitman. While teaching Ag in Quitman, he started his dairy farm, which he operated for many years. The last part of Harry’s life, he raised beef cattle.

Harry enjoyed calf-roping and participated in the PRCA. He also loved coon hunting, bird hunting, watching rodeos, but most of all, family gatherings.

Harry was preceded in death by his parents, Check and Bernice Darby; two brothers, Bill and Duane Darby, and one sister, Mary Hunt.