To share your memory on the wall of Grace Lewis, sign in using one of the following options:

To send flowers to the family or plant a tree in memory of Grace Lewis (Browning), please visit our Heartfelt Sympathies Store.

Receive notifications about information and event scheduling for Grace

We encourage you to share your most beloved memories of Grace here, so that the family and other loved ones can always see it. You can upload cherished photographs, or share your favorite stories, and can even comment on those shared by others.

All of our love, Todd & Dixie Browning and Mike and Brenda Browning sent flowers to the family of Grace Lewis (Browning).
Show you care by sending flowers

All of our love, Todd & Dixie Browning

All of our love, Todd & Dixie Browning purchased flowers for the family of Grace Lewis. Send Flowers

Posted May 07, 2020 at 11:14am
Dear Lewis family,
Please accept my condolence and deep regrets for your loss at this very painful and grieving time for I lost my entire family to this enemy death and I'd like to share where I found help at that time. I found comfort and hope in what I read in Jehovah Gods word the Bible at John5:28,29 there it tells us we'll see our love ones again at the resurrection when Jesus brings them back here on earth and at ICorinthians15:54 we're told that this enemy death will be gone forever. These scriptures along with jw,org help me cope with my loss and get through each day because now I know I'll see my love ones again and so can you. I wanted to share this with you now when hope and comfort is needed hoping that this will help you also for this is my purpose in sharing this with you at this time and please know that I do share your grief and hope you'll feel free to let me know if this helped in some way. I hope to hear from you. Sincerely, GM
Comment Share
Share via:
MB 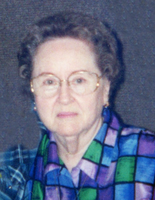