To share your memory on the wall of Francis Ellis, sign in using one of the following options:

To send flowers to the family or plant a tree in memory of Francis E Ellis, please visit our Heartfelt Sympathies Store.

Receive notifications about information and event scheduling for Francis

We encourage you to share your most beloved memories of Francis here, so that the family and other loved ones can always see it. You can upload cherished photographs, or share your favorite stories, and can even comment on those shared by others.

Jamie & Wende and Teresa Mauney sent flowers to the family of Francis E Ellis.
Show you care by sending flowers

Posted Jul 03, 2020 at 11:48am
Gone from our sight, but never from our hearts.
Our thoughts and prayers are with you two.
Bobby & Judy John
Comment Share
Share via:
JW

Teresa Mauney purchased the Large Basket Garden and planted a memorial tree for the family of Francis Ellis. Send Flowers

Posted Jun 29, 2020 at 05:47pm
Past Master Francis was a wonderful and strong Mason. His contributions to the Gus Garrison Masonic lodge over the years has been a true blessing to the membership and the fraternity. No mater what position he held he was ready to jump in and assist in whatever capacity was required. Thank you for your steadfast commitment to our lodge, district 11 and to the Grand Lodge of Texas. A job well done.
RJ Anderson
Gus Garrison WM
Comment Share
Share via: 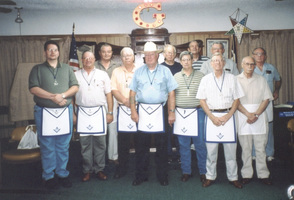 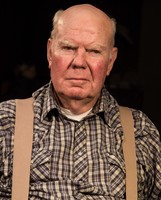