To share your memory on the wall of Eula Bullard, sign in using one of the following options:

To send flowers to the family or plant a tree in memory of Eula Maye Bullard (Coston), please visit our Heartfelt Sympathies Store.

Receive notifications about information and event scheduling for Eula

We encourage you to share your most beloved memories of Eula here, so that the family and other loved ones can always see it. You can upload cherished photographs, or share your favorite stories, and can even comment on those shared by others.

Posted Sep 13, 2020 at 12:53am
I spent some summer’s at Uncle Leonard’s and Aunt Eula Mae’s learned to drive a tractor, bale hay, milk cows, pick peas, pull water melons and work the nursery farm. They taught me the work ethics that has helped my whole life. A great Christian family. Aunt Eula Mae was a great cook, hard working wife mother and a great Aunt to me.

Posted Sep 12, 2020 at 09:28am
I have wonderful memories of going to Uncle Leonard's and Aunt Eula Mae's. My mother and Uncle Leonard were brother and sister. We would always stop by their house to visit when we came to Winnsboro. This family was always so very hard working and had lots of fun things for city kids to see and do when they came to the country. I loved the dairy, all the fresh garden food they shared, beautiful flowers, and acres of land to roam and see. It was their everyday life but such a big and different world for the kids from the city. Aunt Eula Mae was always so welcoming to her family with that sweet smile no matter how tired she was from her day's work. It's been many years since I have seen her, but I'll always remember her gracious hospitality to my family. 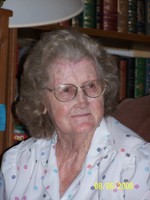