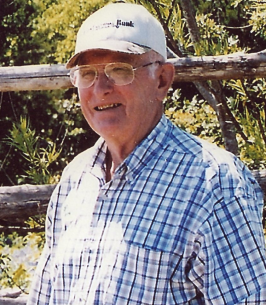 David Lee Morgan peacefully left this earth on Wednesday, August 17, 2022 in Winnsboro, TX. David was born December 25, 1926 to Dee Preston Morgan and Ether Gray Morgan in Dickens, TX. David grew up in Munday, TX and Seymour, TX where his love for hunting and fishing began. After graduating high school, David served as a Merchant Marine.

David was a hard worker and served many in the Winnsboro area as a handy man, working on and fixing everything from A/C units to household appliances. Some of David’s favorite things were quail hunting, traveling across the country (especially to Alaska), visiting Caddo Lake, and working on projects to pass the time in his shop.