To share your memory on the wall of David Blair, sign in using one of the following options:

To send flowers to the family or plant a tree in memory of David Lee Blair, please visit our Heartfelt Sympathies Store.

Receive notifications about information and event scheduling for David

We encourage you to share your most beloved memories of David here, so that the family and other loved ones can always see it. You can upload cherished photographs, or share your favorite stories, and can even comment on those shared by others.

The Millet Life Group, Clint and Lacey Stephens, and other have sent flowers to the family of David Lee Blair.
Show you care by sending flowers

Posted Nov 25, 2020 at 08:58am
With deepest sympathy to the Blair family. Our thoughts and prayers are with you. May you feel the presence of the Lord during this time of sorrow!

Clint and Lacey Stephens purchased flowers and planted a memorial tree for the family of David Blair. Send Flowers

Posted Nov 18, 2020 at 01:40am
Jerry and I were both blessed to have known David. Jerry relied on him for feedback in Sunday School on many occasions. He was such a wonderful man of God! Our love and prayers are extended to each of you.
Comment Share
Share via:
RA

Posted Nov 17, 2020 at 07:26pm
I remember David as a good Christian friend and servant. Always kind in his words to everyone, he was the first to want to shake your hand. He led a servants life setting an example for me and I'm sure others. I know where David is now and can't wait to see him down the road. May God always bless your memory in mine and others mind. Farewell ole friend but not goodbye.
Comment Share
Share via: 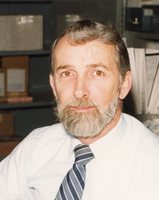