To share your memory on the wall of Daniel Davis, sign in using one of the following options:

To send flowers to the family or plant a tree in memory of Daniel Ray Davis, please visit our Heartfelt Sympathies Store.

Receive notifications about information and event scheduling for Daniel

We encourage you to share your most beloved memories of Daniel here, so that the family and other loved ones can always see it. You can upload cherished photographs, or share your favorite stories, and can even comment on those shared by others.

With love, Keith and Kathy Noel and Sue Ellen sent flowers to the family of Daniel Ray Davis.
Show you care by sending flowers

With love, Keith and Kathy Noel

Posted Dec 13, 2020 at 01:09pm
Your broken hearts are at the center of my prayers. May God bring you comfort and peace and heal your hearts in His time. We are thinking of you.

With love, Keith and Kathy Noel purchased flowers and planted a memorial tree for the family of Daniel Davis. Send Flowers

Posted Nov 28, 2020 at 07:12pm
So very, very sorry about your loss. I can’t imagine your hurt but pray that God will give you whatever strength you need in the future.
Comment Share
Share via:

Posted Nov 25, 2020 at 07:15pm
How I loved that "kid"!! He brightened my day every time I saw him even into adulthood. He always had a hug for me and would cross a busy road to get to me if he saw me on the other side. So many fond memories of him in Youth and in Group. My heart hurts for you all.
Comment Share
Share via:
SE

Posted Nov 25, 2020 at 08:42am
My prayers and my thoughts are with Debbie and Steve and the family. My heart breaks for your loss. May the angel Daniel dwell with the Lord and bring you peace! We loved him! We were
Blessed by his presence in our lives! May God Bless you and keep you in his arms!
Comment Share
Share via:
FA

❤️🙏🙏❤️Debbie and Steve, my thoughts and prayers are with you. May God comfort you as only HE can do. Francell and Archie 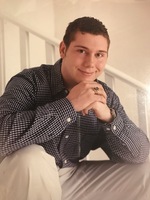 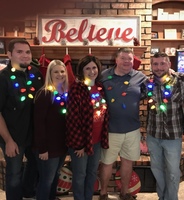 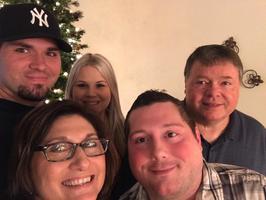 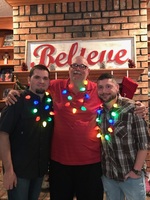