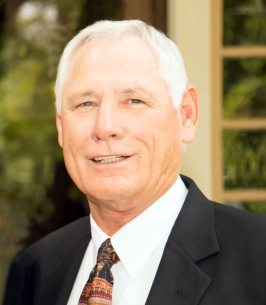 Barry Arnold Allen was born on August 22, 1946 in Jacksonville, Cherokee County, Texas to Bruce Adolph Allen and Hazel LaVerne Wyss Allen. He entered into the presence of his Lord and maker on Monday, July 4, 2022, at 3 p.m.

Barry began his life in Cayuga, Texas then started school at Boothville near Venice, Louisiana and finished grade school at South Franklin, Texas where he was valedictorian. He made his profession of faith early and was baptized as a young boy in Mr. Carlton Lawrence’s pond in Franklin County, Texas.

Barry attended and graduated from Mt. Vernon High School in 1964 where he excelled at athletics and his studies. He then attended Kilgore Junior College and Texas A&M University at College Station. He was a member of the Texas A&M Corps of Cadets.

Barry spent four years in the U.S. Navy beginning in 1968. He met and married a beautiful Marine while stationed at Corpus Christi, Texas. Barry and Kathern Nora Hurt were married on May 18, 1969. He then went to San Diego, California and served aboard the USS Midway Aircraft Carrier. He was an aviation hydraulics man, second class, and served in the Viet Nam Campaign.

Barry and Kathy were married until Kathy’s passing in March, 2002. Kathy was in the U.S. Marine Corps. and was from Myrtle Point, Oregon. They lovingly raised two sons, James Brady Allen and Casey Scott Allen.

After his military service, Barry made his living in oil and gas, working both in the field as well as in sales. He was one of the best drilling fluids engineers around earning the name of “Legend.” In the later part of his career, his focus was mainly on technical support and sales. His network was vast, and he touched the lives of many in his industry. Kind, strong, and industrious, he left his mark in the drilling fluids community.

Barry attended the Cowboy Sunday School Class at First Baptist Church of Winnsboro. He kept his religious life in order and was a faithful servant of Jesus Christ.

In retirement, Barry owned and operated Flash Ranch, a beautiful cattle ranch in central Texas where he enjoyed spending time with his sons, raising Red Angus cattle, and hunting. He loved to fish with his sons and his brother-in-law. He loved his family and any time spent with them. He could talk to anyone and had more friends than can possibly be listed.

Sister and brother-in-law Monique and Martin Keith of Corinth, Texas.

Barry was surrounded by his sons he loved so much, his sister Monique and brother-in-law Martin Keith during his last moments.